The’ve played as a team all season and a team performance has propelled our Senior Women E1 team into the grand final.

The ladies beat Kirrawee 2-0 in what was an arm wrestle for much of the game at Heathcote before putting away two goals in five minutes during the second half to put the game beyond doubt and the team into a grand final against Menai Hawks. 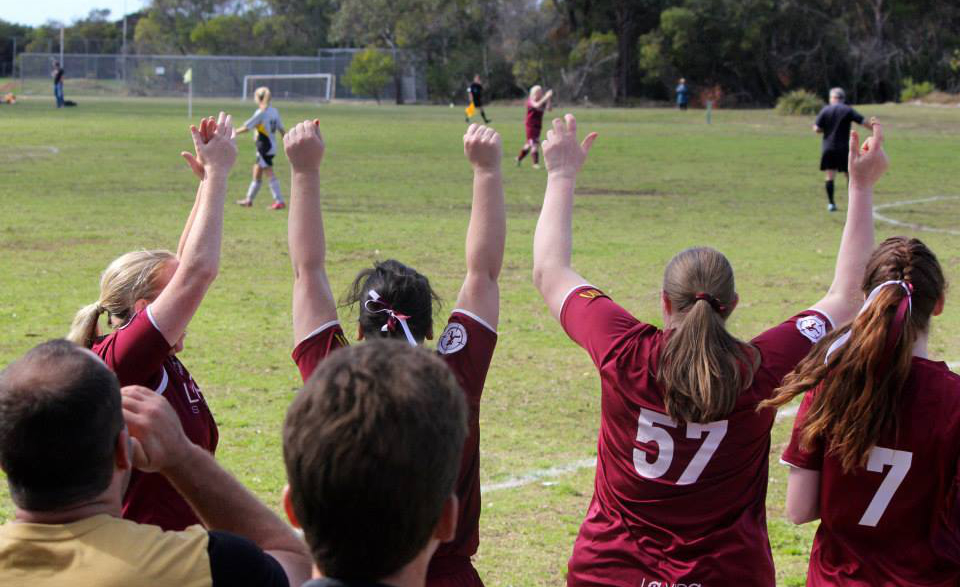 Team coach Adam Seckold says it was a tight tussle during the first half.

“A nervous start saw us under pressure from the start as Kirrawee played tough with nothing to lose and everything to gain. But there were very few chance for either team in the first half.

“At half time the girls knew they had to do more in the second half, talking to each other about what needed to be done and how much they wanted to win.

“The second half started the same as the first, but the Crusaders slowly got on top. Michelle Wise scored our first goal about half way through the second half and had a brace within five minutes had our second. Kirrawee continued to try extremely hard. But it wasn’t enough. To quote a spectator, ‘they played well but we played better’.”

Looking ahead to the grand final, our SWE1 team will have plenty of good performances to draw on as inspiration. The team scored 75 goals before the finals and only conceded 26 goals, including 6 goals against a team that then went to D grade and ended up in the grand final.

“The final against Kirrawee showed again that it was the whole team’s effort and not just the name on the score sheet that won it for us. Well done again girls and bring on the grand final.”

In what might be a good omen, the SWE1 team will return to Heathcote 4 where they defeated Kirrawee for this weekend’s grand final against Menai Hawks at 9:00am on Sunday.