The Engadine Crusaders Football Club was founded by a group of locals in the late 1960s, starting out in the NSW Churches Association where our 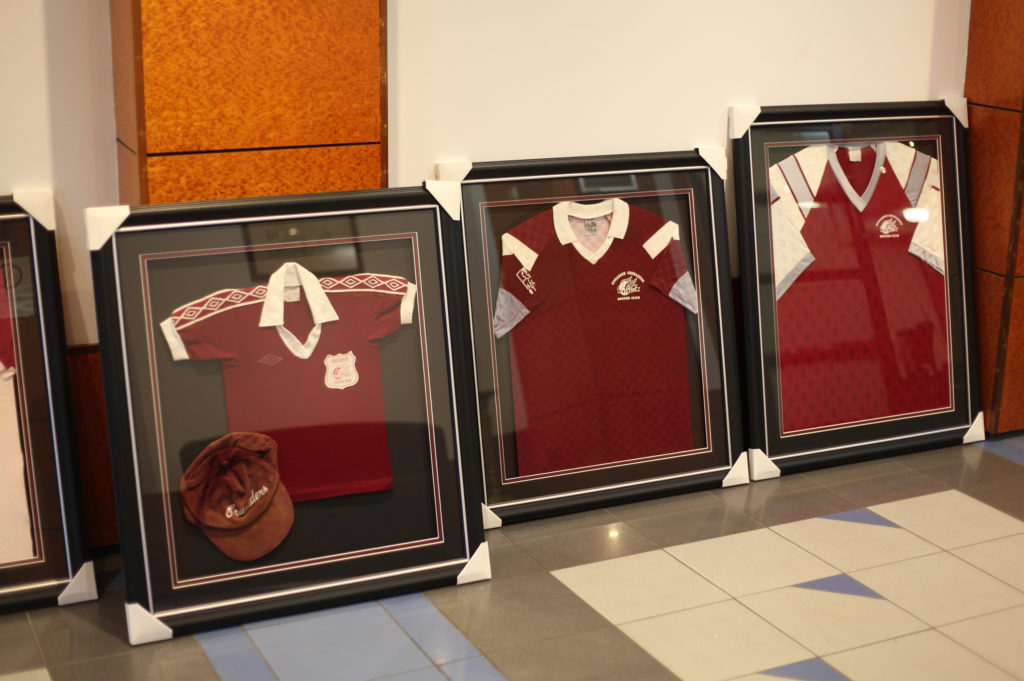 teams played across Sydney for more than 30 years. The turn of the century saw the club begin its move into the Sutherland Shire Football Association. And while we’re a relatively small club, we’ve had outstanding success in both leagues.

Our club began as the Engadine Crusaders Soccer Club in 1967, founded by a group of parents and several local ministers in a meeting at the Engadine Methodist Church. The church based club was formed so that games could be played on Saturdays, leavings Sundays free for church and family activities. The group of 12 people started a club that would go on to be an important part of the local community for many years.

The club’s first uniform was a half-maroon and half-white jersey with white shorts and maroon socks with a white band at the top. On the jersey there was a maroon shield with a white cross in the centre and the logo, which read ‘For God and Sport’.

Our home today is Preston Park on the Princes Highway in Engadine, but when the club first came into being we shared the ground on alternate Saturdays with Engadine Eagles and we also used a field at Heathcote High School. And in our first year we set up a makeshift training pitch at the Engadine Brethren Church opposite ANZAC Oval, where we cleared and mowed their land to gain enough space to have training between the remaining trees. It wasn’t flat but it served its purpose.

Our first canteen was big marquee, which was put up and pulled down each week at Preston Park. But the marquee was eventually replaced in 19XX with a permanent clubhouse and canteen thanks to the outstanding fundraising efforts of our Ladies Committee over many years.

The club has always been proud of its history and respectful 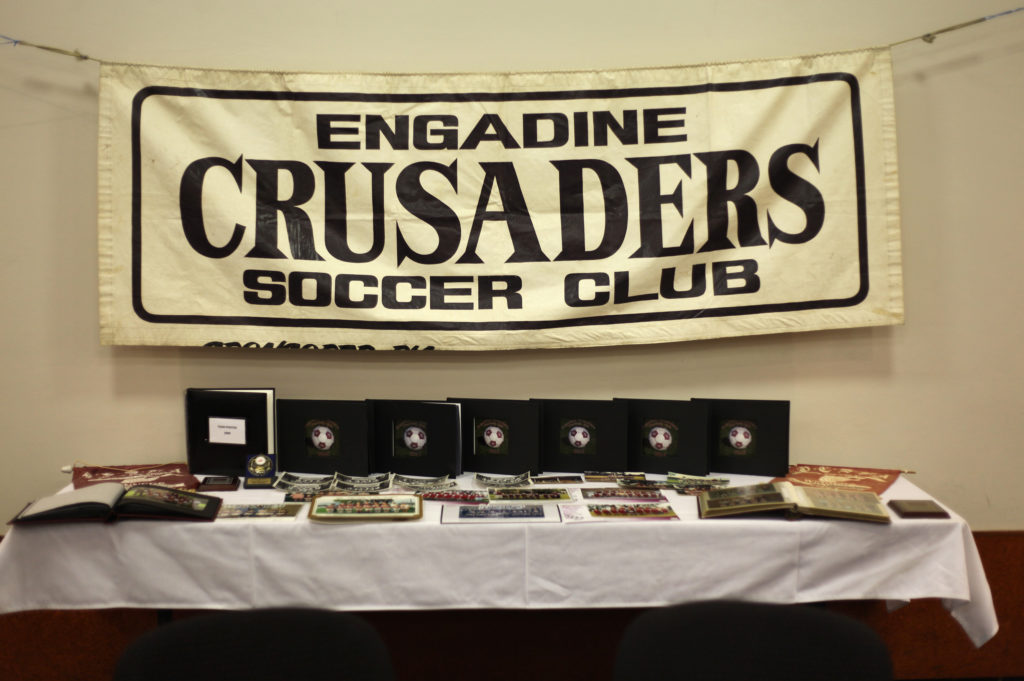 of the Christian beliefs of the club’s founders. But with the cost of travel rising and the distance for travel to games across Sydney increasing, the decision was taken in the late 1990s to transition Engadine Crusaders Soccer Club from the NSW Churches Association to the local Sutherland Shire Football Association competitions.

We had one senior side move across in 2000 while the other senior sides remained in the church competition. And then in 2002, all teams, juniors and seniors, played in the Sutherland Shire Football Association competitions which was a major milestone for our club. The following year saw our first junior womens team and then in 2004 our first senior womens and over 35s teams.

The popularity of football continues to grow in Australia and we’re proud to be part of the country’s largest amateur football association in the Sutherland Shire. And with the growth of the sport here at home, more people are recognising football as the name of our world game which is why the club changed its name to the Engadine Crusaders Football Club.

Our club has evolved over the years, but our pride and passion for the local community and providing a place for fun and fitness remains. We thank the members of the Engadine Crusaders Football Club and their families and friends who have helped build and run our club over nearly 50 years.