Reminder: No Smoking at Spectator Venues 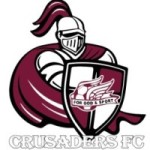 After a recent spate of fines at Preston Park and at other grounds in the Shire, just a friendly reminder of the legislation regarding Smoking. Any fines incurred will be passed onto the individuals concerned.

Smoking
Section 6A of the Smoke-free Environment Act 2000 makes a number of outdoor public places smoke-free. From 7 January 2013, smoking is banned in spectator areas at public sports grounds and other recreational areas in NSW. However, smoking will only be banned when an organised sporting event is being held. Major sporting facilities are included under the definition of a public sports ground and will be required to comply with the new law. Other outdoor sporting facilities, such as Local Council playing fields, are also covered by the new law.

How will this be enforced?
NSW Health is responsible for the administration and enforcement of the Smoke-free Environment Act 2000. NSW Health Inspectors are authorised to enforce the ban at public sports grounds and recreational areas during organised sporting events. Some major sporting facilities have already banned smoking in outdoor seating areas but permit smoking in designated outdoor smoking areas within the facility. The new law will prohibit smoking in all spectator areas of the facility, regardless of whether seating is provided or the area is covered. Where major sporting facilities have already introduced smoke-free outdoor policies which extend beyond the new laws, these can continue to apply. Penalties of up to $550 apply to individuals who smoke in spectator areas at public sports grounds or other recreational areas during organised sporting events. Why is this new Act in place? Public sports grounds are a popular public outdoor setting for exercise and recreation and often attract large numbers of people, particularly families with children. There is no safe level of exposure to second-hand tobacco smoke. This is the smoke which smokers exhale after inhaling from a lit cigarette. In adults, breathing second-hand tobacco smoke can increase the risk of cardiovascular disease, lung cancer and other lung diseases. It can exacerbate the effects of other illnesses such as asthma and bronchitis. Exposing ex-smokers to other people’s tobacco smoke increases the chance of relapsing to smoking. For children, inhaling second-hand tobacco smoke is even more dangerous. This is because children’s airways are smaller, and their immune systems are less developed, which makes them more likely to suffer negative health consequences of second-hand tobacco smoke such as bronchitis, pneumonia and asthma. Creating smoke-free outdoor areas, such as in public sports grounds and recreational areas, can provide a supportive environment for those who have quit and make smoking less visible to children and young people.

How does this affect Local Council bans on smoking?
Many NSW councils, under the provisions of the Local Government Act 1993, have progressively introduced their own smoking bans. Where these bans are in place, they can continue to be enforced by Local Council rangers.